Not much time tonight to really write anything up, but we started off at the National War Memorial with eternal flame (and goose-stepping soldiers) 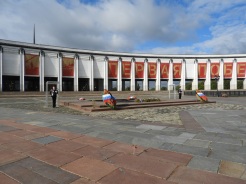 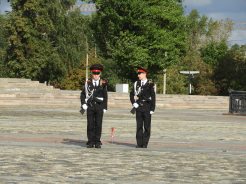 followed by the Moscow State University,

the Novodevichiy nunnery,  The Nunnery is where women who had failed to find a husband by the age of 30 were sent, along with women whose husband had got fed up with them, and of course Princess Sophia was imprisoned here after she tried to overthrow Peter the Great.  Her rooms were full of pictures and details about her life, she seems to have been a scientist as well as very well read.  There are still around 40 nuns living there, we had to tiptoe past their quarters. 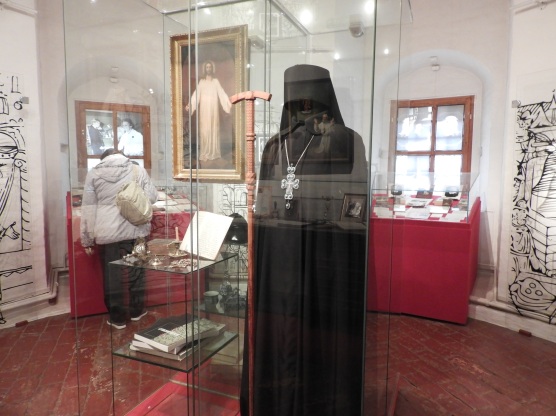 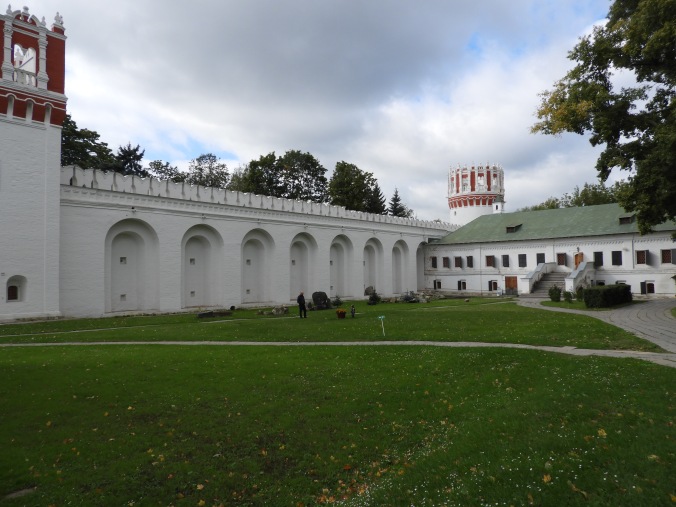 Coming out of the Nunnery, and round the corner, was the graveyard where we saw the tombs of Kruschev,

Gorbachev requested that she appear as a young beauty, she was certainly that.

amongst many others, singers and actors as well as politicians all buried here.

Lunch was another four course meal in a local restaurant, salad to start, and yes, Chicken Kiev again! 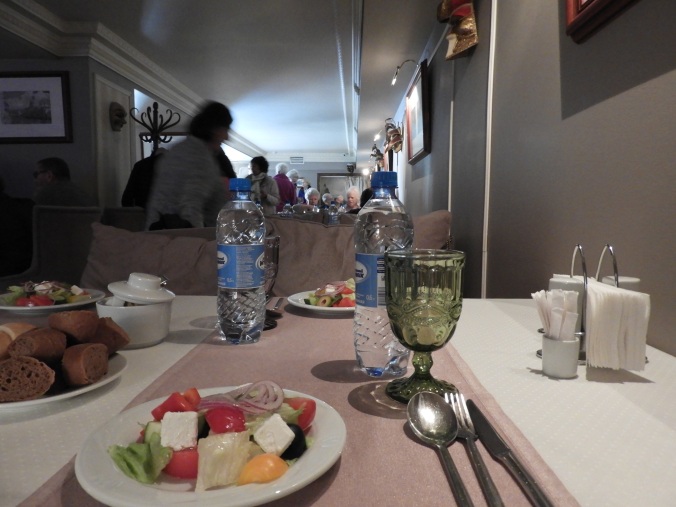 In the afternoon we walked to the nearest Metro station for a tour of the Russian Underground Stations.  When it opened on 15 May 1935, the Moscow metro was a subterranean Communist paradise: its chandeliers, marble, intricate mosaics and statues of heroes created an opulent space that was open to all, and meant to inspire the city’s workers. Eighty years on, it transports up to nine million people a day, with expansion plans set to make it the world’s fourth largest subway system by 2020.  The stations are indeed something else, build under Stalin using virtually forced labour from the young pioneers, with many lives lost.  After the fall of communism, Kruschev tried to remove all signs of Stalin, but there is the occasional mosaic portrait still.

This is a Metro station!

Ploshchad Revolutsii was among the stations opened in 1938, the second stage of the metro. It features 76 bronze sculptures by Matvey Manizer depicting the creators of the new Socialist order: including students, farmers, workers, soldiers and athletes. You will notice the rubbed knees, Moscovites rub these for luck as they pass, in fact progress through the station is a bit slow because it seems no-one can pass each statue without doing it! 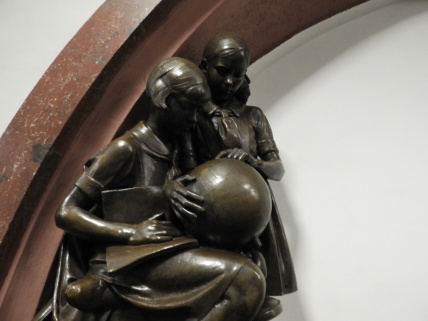 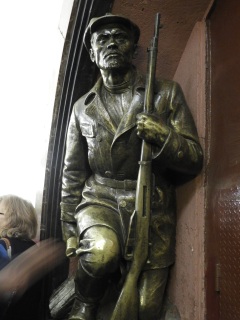 We eventually came up in Revolution Square where there was an Armenian market, very similar in style to a Christmas market.  From there we walked through the gates into Red Square, the famous huge parade ground, with the domes of St Basil’s Cathedral at the end, and Lenin’s Mausoleum halfway down. 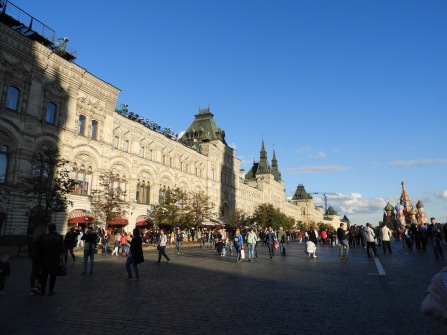 The bodies of Russian leaders are buried along the Kremlin wall.  I foolishly asked where the tomb of Gorbachev was, and it was pointed out to me that he is still very much alive and living in Bavaria!

We had a frantic rush back to the hotel to change for the Bolshoi Theatre New Stage, and just made the performance, set in the post war period, The Marriage of Figaro was great fun, the voices were superb. 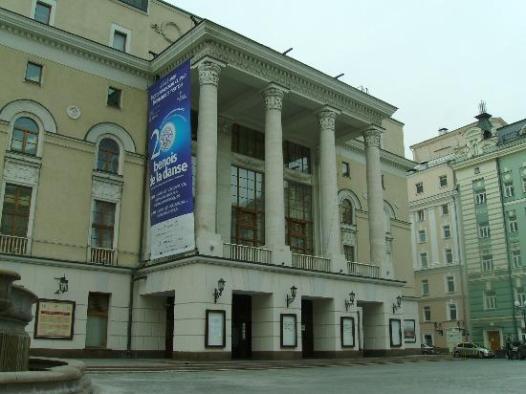 Middle of the front row of the stalls tickets!

Can just see one of our granddaughters on here one day! 🙂

No cameras during the show of course!  But I found these online

Cherubino as a teddy boy was superb!

Loved the car, even had exhaust ‘smoke’!